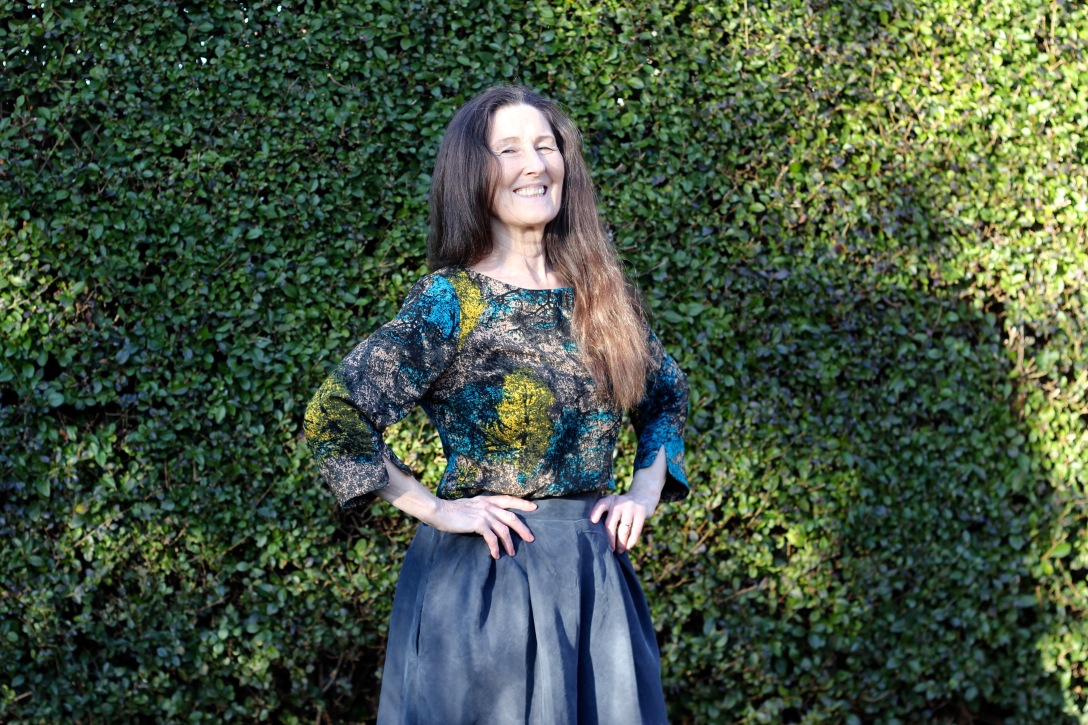 As I was perusing various online fabric stores over the festive season (“it’s just window shopping! I’m not actually going to buy them!” famous last words…) I stumbled across this Abstract Trees Viscose from MyFabrics. I showed it to my mum because it was just so up her street, and she immediately sketched (I use the term loosely) the blouse she wanted. A quick Google search presented the New Look 6808, which in View A was pretty much bang on. 1.5m of fabric and the pattern purchased, and away we went.

Spot the difference, right! I don’t think I’ve ever used a New Look pattern but given the big bold easy on the pattern envelope, coupled with the fact it was a darted blouse with no fastenings (more on that below), I figured it would be a quick make to ease me into the New Year’s sewing. Reader, I was wrong. I mean, it wasn’t an impossible task and it didn’t take years off my life, and it all turned out (relatively) fine in the end. But it did cause a lot more head scratching than I initially anticipated. 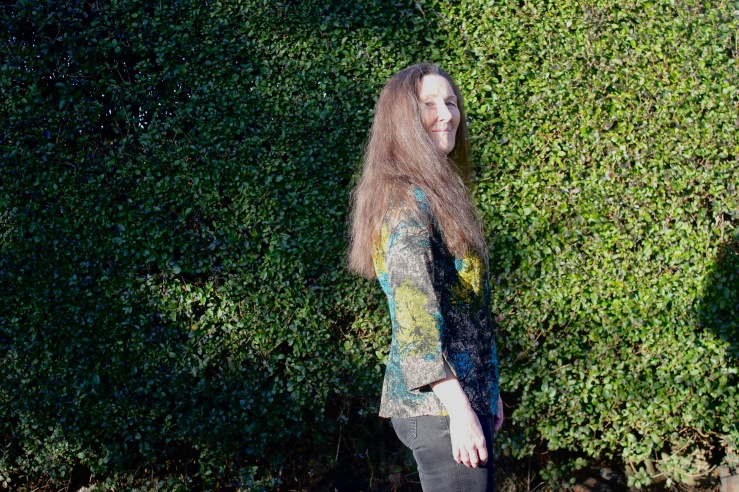 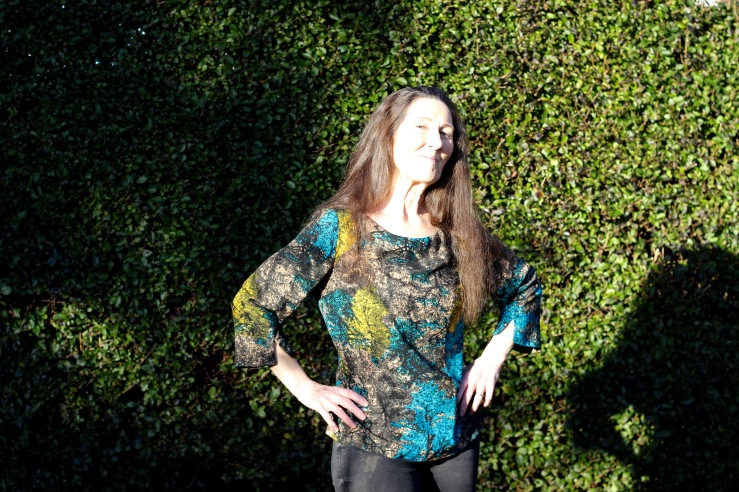 Head Scratcher 1: Mum’s measurements, as is super common, didn’t put her in one straight size, instead placing her at a size 12 bust, 14 waist, and 16 hips. “No problem!” thought I, anticipating a straight forward grading between sizes. Until I realised that bizarrely, New Look provide 2 separate bodice pieces: one for sizes 10, 14, 18 and the other for 8, 12, 16. Say what? In the end I measured up the pieces and cut a straight 14 on the basis that her bust could be adjusted, and her hips didn’t need as much ease as the 16 provided. 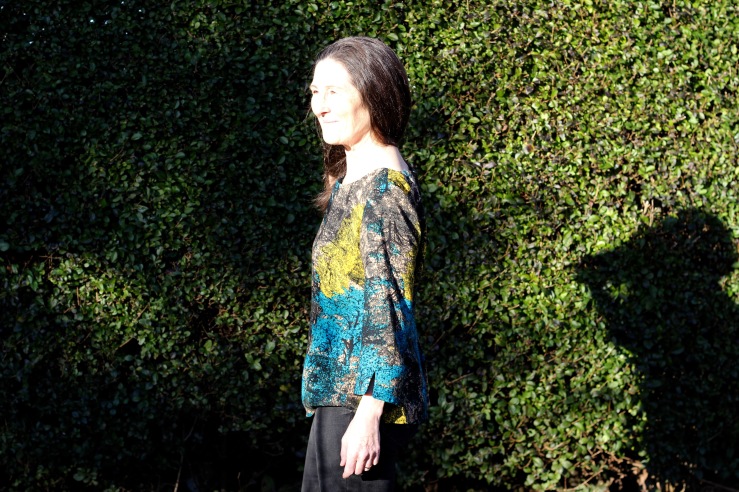 Head Scratcher 2: The pattern, in its original form, calls for a zip to be inserted in the left side seam, just below the bust dart. In between giving no instructions as to whether it should be a concealed zip, lapped zip, open ended zip, or whatever, I also didn’t think my lovely, light, drapey viscose would withstand the weight of a zip within a side seam. Centre back, sure, but I anticipated pulling/dragging that wouldn’t happen with the cottons and damasks the pattern envelope suggests. I looked around, read various blog reviews of the pattern all to no avail, before asking the lovely Amy aka Almond Rock (who’s made more 6808s than I’ve had hot dinners!) whether you really need an opening. She confirmed it did not, and had omitted the zip on all of her versions. Winner winner, chicken dinner. 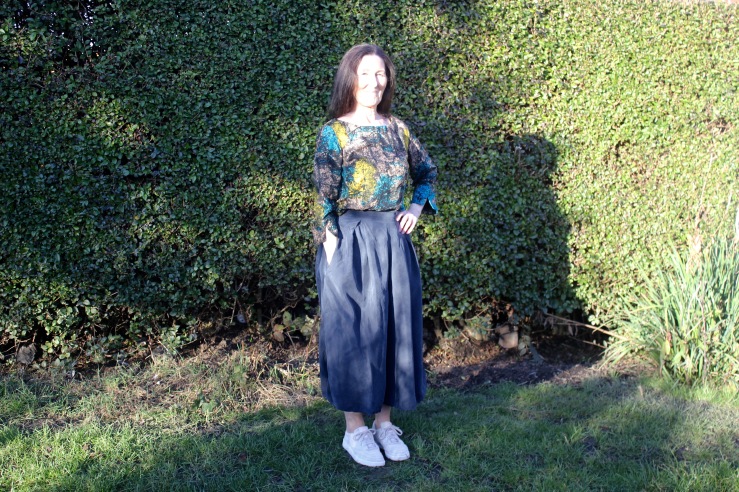 Head Scratcher 3: At 5’1 and with a short torso, I knew this pattern was going to be too long for my mum’s preferences. She wanted a top that sits on the hip without completely covering the bum and verging into tunic territory. After checking the pattern pieces against her, I took out roughly 3″ at the lengthen/shorten lines. This however distorted the darts so I had to redraw them using a rough approximation. When I sewed it up and tried it on her the back was enormous so I pinched them out again, taking out roughly 5″ in total across the two back darts. I also took 2″ out of the back neckline by adding two darts there. I think I’ve misjudged the length of the back darts though; they needed extending as a result of taking so much extra fabric out of the back, but I didn’t want to lengthen them so far that they essentially ran the full length of the back bodice. Perhaps I should have been braver though, because I think this is what’s really causing the bunching at her shoulder blades. 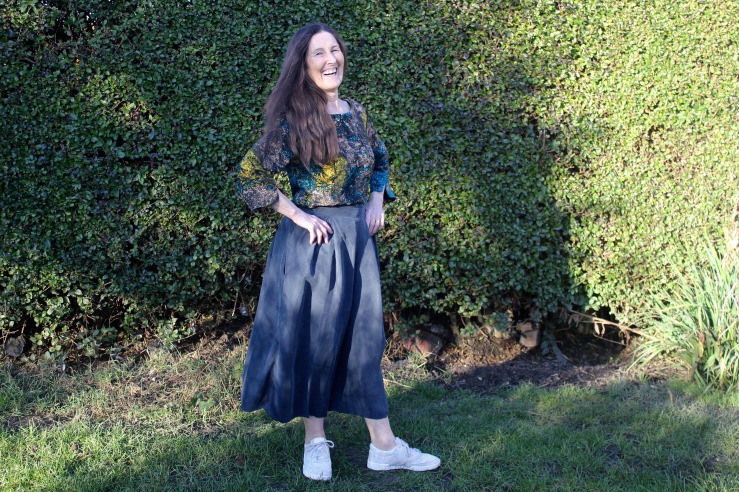 Head Scratcher 4: Faithfully following the instructions and habit, I interfaced the facings with the lightest weight interfacing I could find. I always think it’s a slight risk on such lightweight viscose types, but I also wanted the facing to hold a bit of structure. With that said, I think my hunch might have been right, and it’s just too heavy which is stopping it from laying flat against the skin. It’s better when it’s being worn than it is on the mannequin, but I’m still not completely satisfied. Whether I recut it and replace it with a non-interfaced piece remains to be seen; this is something I’m going to let my mum decide! 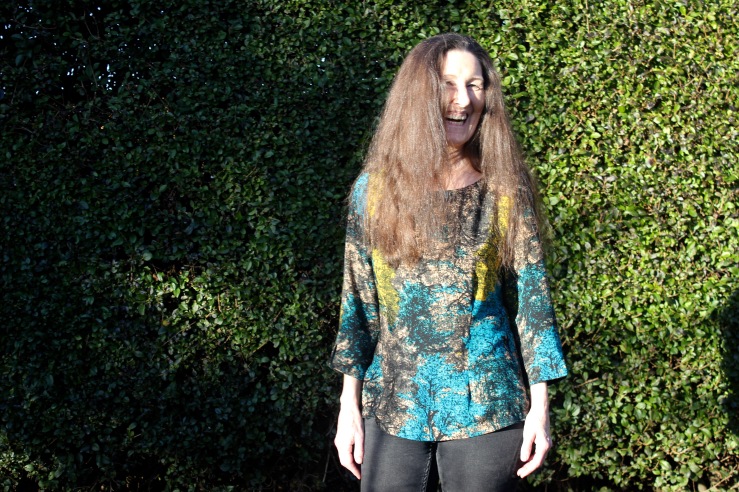 Head Scratcher 5: Finally, the sleeve facing. Once I got my head around the instructions for creating the vent, we were away! It’s always nerve wracking slicing into your make, but it came good in the end. Until the final step, that is. The instructions call for finishing the facing with a line of topstitching above the vent to catch the facing to the main fabric. It would appear however that the width of my facing did not match the width of my sleeve at the point of stitching, and no amount of easing it in was going to have it sitting pretty. In the end, I stitched in the ditch down the seam line, which combined with the vent seems to hold it in place pretty well. This is another thing that I’m going to let my mum live with for a while, until we decide whether it needs resolving or not. 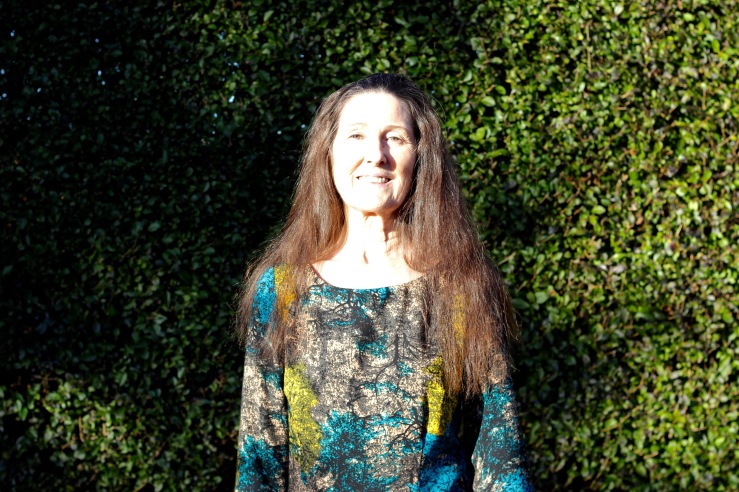 This won’t be my last 6808, not least because mum’s already found at least another two fabrics she wants blouses out of, but at least that gives me a chance to nail the fit (and maybe not take shortcuts). I think realistically that most of my problems stem from using a significantly lighter weight fabric than the pattern calls for. With that said though, I think it flatters the shape perfectly and the drape over the hips is super flattering. 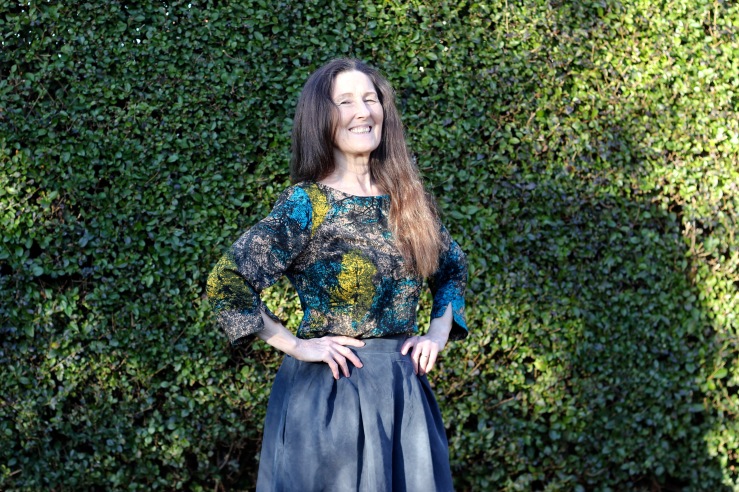 The other thing I have to remember though is that having spent hours holed up in my bedroom, constantly tweaking seam lines and darts, all I can focus on is imperfections. My mum though, the person who’s going to be wearing it, has got just the blouse she envisaged. To her, the neckline is modest and flattering, the sleeves her perfect length, and the excess fabric around the shoulder blades gives her room to manoeuvre: i.e. do all the things she needs to do in her day. So maybe, just maybe, this isn’t a write off. Maybe it’s simply something that turned out differently to how I’d initially envisaged it. 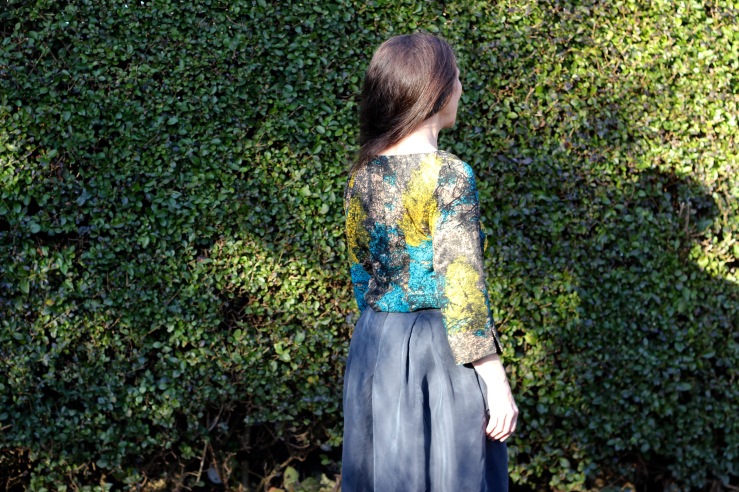